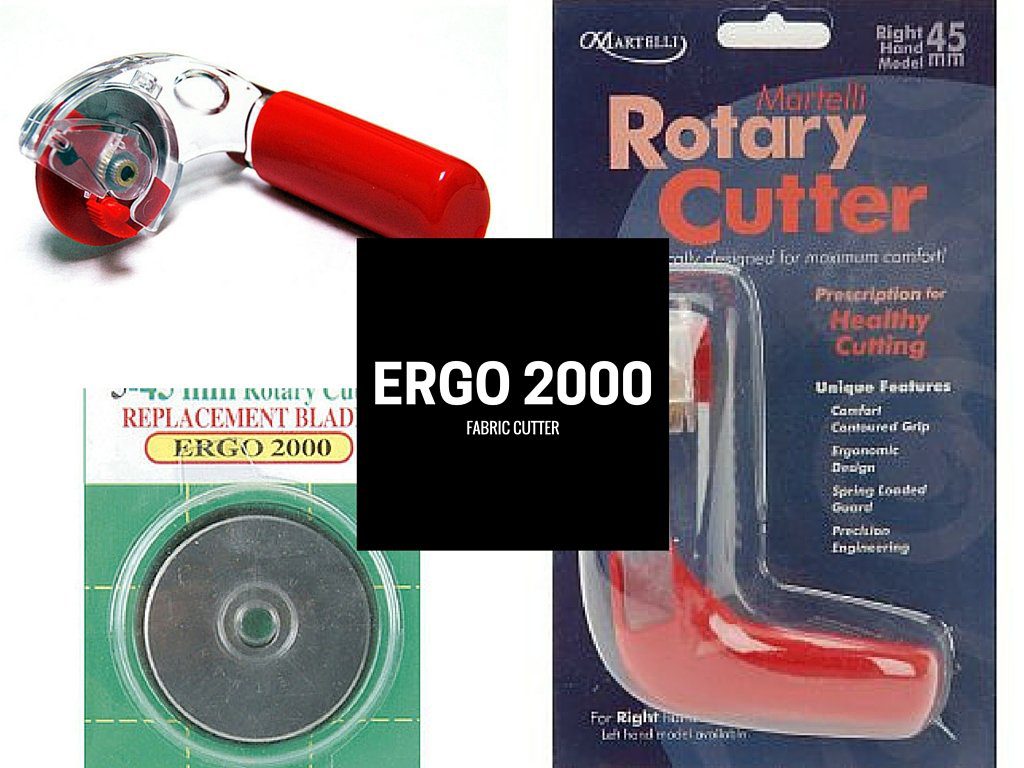 “Wow! What’s that?” proved to be the most frequent first reaction to Martelli’s new design for an ergonomic rotary cutter. The Ergo 2000 rotary cutter

looks a little like it had an unfortunate accident, with its handle jutting out at a right angle to the cutting blade.

With its crooked handle, its clear housing for the blade, and its spring-loaded blade cover, the Ergo 2000 (which comes in both left-handed and right-handed versions) looks like nothing you’ve seen before.

Because of its unusual design, I wondered how quilters would accept not only its looks but its feel. So I took the Ergo 2000 out for a couple of field tests.

First I let quilters try the Ergo 2000 at the April retreat I attended. I handed the Ergo 2000 around the room along with the Omnigrid Rotary Cutter. Many of the quilters who tried the Ergo 2000 did so while working on their projects sitting down. About half of them said they liked the new cutter.

>> Click here to read our review of our favorite cutting mats

For my second field test, I took the Ergo 2000 to a quilt show where I met people of all ages and with different amounts and types of quilting experiences. I put out this unusual rotary cutter for passing quilters to try.

To my surprise, almost everyone in this situation liked the Ergo 2000. The big difference between the two tests was that all the testers from the second group were standing when they tried the product.

Unlike a typical rotary cutter, the ergonomic design of the handle is made for comfort in the standing position. It is easy to use with arthritis, carpal tunnel or tendonitis. All of my field-testers praised how easy on their wrists it was. And they were surprised at how little pressure they had to apply to get a good, clean cut. 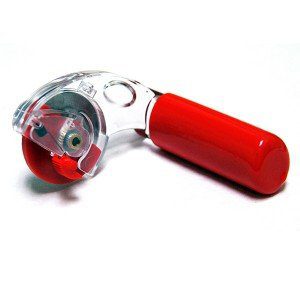 The spring-loaded blade cover opens automatically when you run the rotary cutter along the table. But you need half of the distance around the blade, a good 2 or 2-1/2 inches, to get it open.

Unfortunately, most of the time I have the fabric and the mat right at the edge of my cutting table, without the necessary room to get the cover open before I want to start cutting. I usually end up opening the blade cover using my left hand while I hold the Ergo 2000 with my right.

But I can close the cover with my right hand at the end of the cut. I found that I prefer using my second or middle finger to close the blade cover. I still have a good grip on the cutter and my index finger is still positioned for the next cut.

The main complaint I got from my testers is that they didn’t much care for the blade cover. These complaints were from the quilters who always close their cutter after each cut. They thought they could get used to it with a little practice. But others, especially those with children, were worried about the ease with which the blade is exposed.

In my testing, I liked using the Ergo 2000 while standing at my cutting table. I also found it easier making cuts that run along the length of my table. I found it slightly less comfortable than a straight-handled cutter while trimming in a sitting position.

If you are having pain in your wrists, you may find that you can still do rotary cutting using the Martelli Ergo 2000 rotary cutter

. You will just have to put it safely away before you get any visitors to your sewing room.

Click here for more information about the Ergo 2000 rotary cutter